Chimney of the Olive Oil Factory 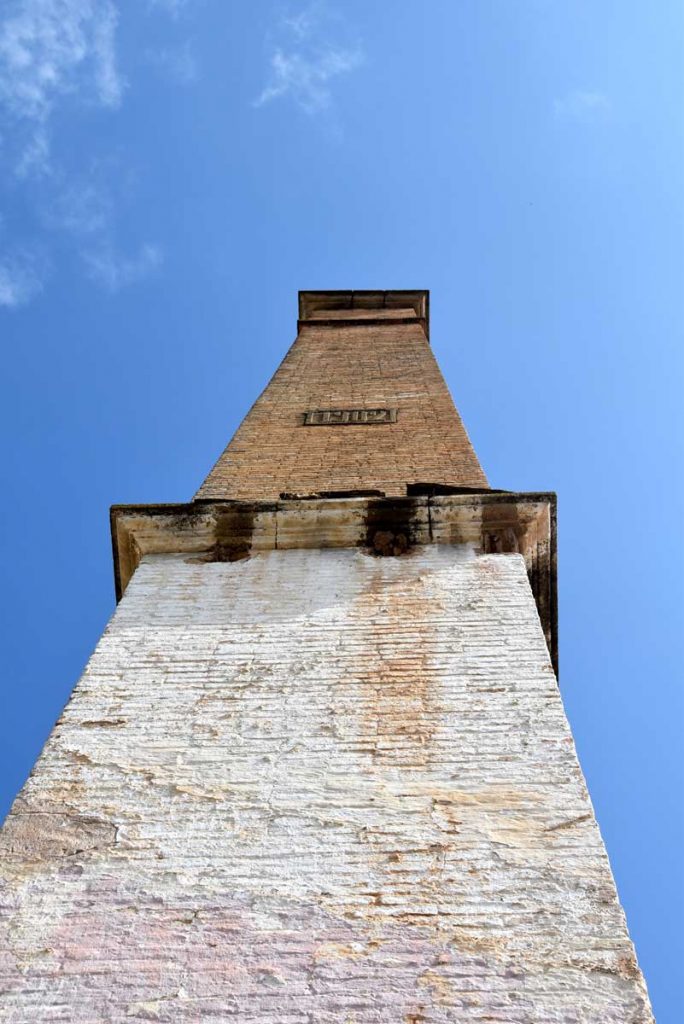 It belonged to the olive oil factory of the Artacho Ropero family and it was opened in 1902, according to the plaque located in the middle of its upper shaft. The remains of the north and east face of the factory no longer exist.

It has a quadrangular base and a sleek profile, built entirely in brick. It differs from those seen before in the arrangement of the two shafts that comprise it and the great separation molding between both volumes.

The basement is noticeably reduced. As we say, two elongated bodies of practically the same height rise above it. The lower body is quadrangular and the upper one is also quadrangular, but with a truncated cone-shaped elevation. The corona is finished off with two moldings; one was a listel and above it, and a little bit separated from it, another similar one divides the shaft into two bodies. 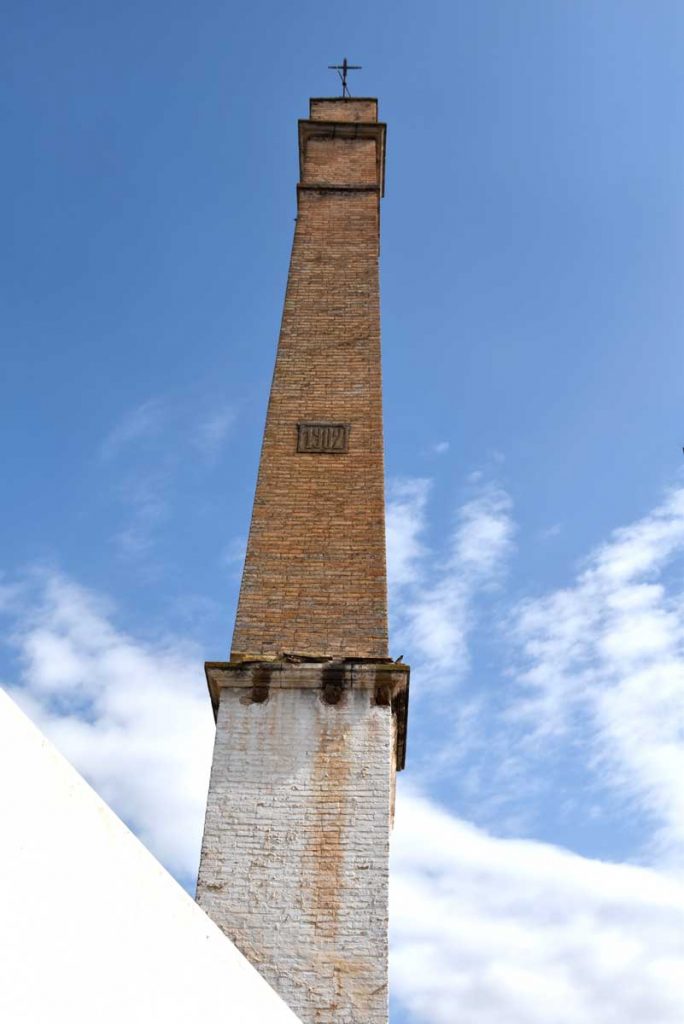 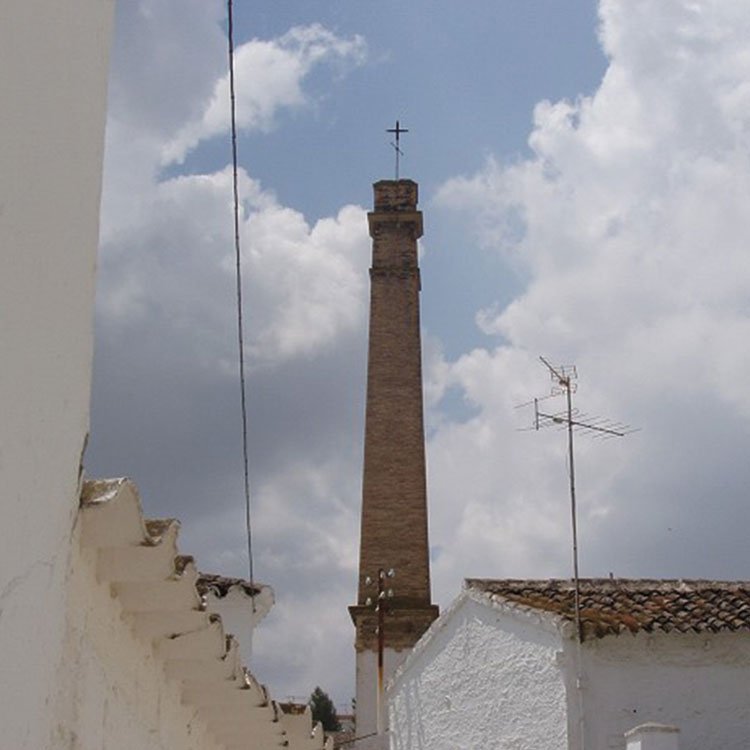